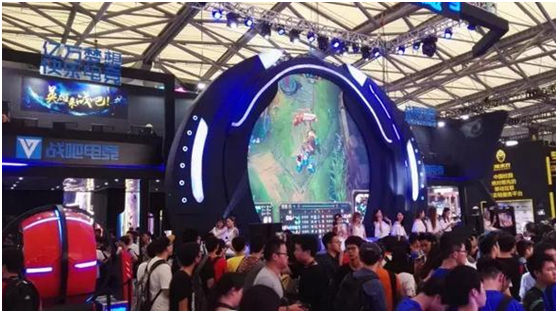 The shapshots of ChinaJoy

The opening ceremony of ChinaJoy on Thursday attracted about 80,000 young people to the Shanghai New International Expo Center, marking a new era for the gaming industry in China.

China Joy, or China Digital Entertainment Expo & Conference, is the largest Asian digital entertainment expo held annually in Shanghai. It is part of a “pan-entertainment” strategy for the Internet aimed at integrating gaming, anime, literature, film, and music.

Famous game makers, including Tencent, NetEase, Blizzard, Sony, and Perfect World used the opportunity to launch their newest gaming products and accessories and to give visitors early access to their games. Cosplays and interactive games were also on display.

Tencent invited teams to show off League of Legends while Blizzard brought the VR experience of Hearthstone, World of Warcraft, OverWatch, and StarCraft.

Sony announced plans to unveil the game “Monkey King: The Hero is back” for its PlayStation 4 platform and NetEase built a 1,000-square meter stage to advertise more than 50 games.

More than one thousand games were displayed at this year’s conference, half of which are made in China. Business insiders said it benefited from China’s independent research and development, as well as the increasing original consciousness.

Duoyi, one of the top mobile game makers in China, said about eighty percent of their staff were developers.

According to a mid-year research report released by the Game Publication Committee, the number of online gaming users in China has hit 507 million, a 3.6% year-on-year increase. To meet the growing demand, game makers showed off big-name titles at China Joy.

Lv Peng, vice president of Tencent, said that mobile games will be improved. “Tencent will focus on sport, military, and sandbox games,” he said.