As time goes by, it is the 17th year since the birth of ChinaJoy. In addition to game and animation, a simple word “Joy” in “ChinaJoy” also covers a broader and more diversified range, and all the media that can bring pleasure to people in this digital age. Enthusiasts of different interests and tastes gather at the annual festival to celebrate and enjoy all together. 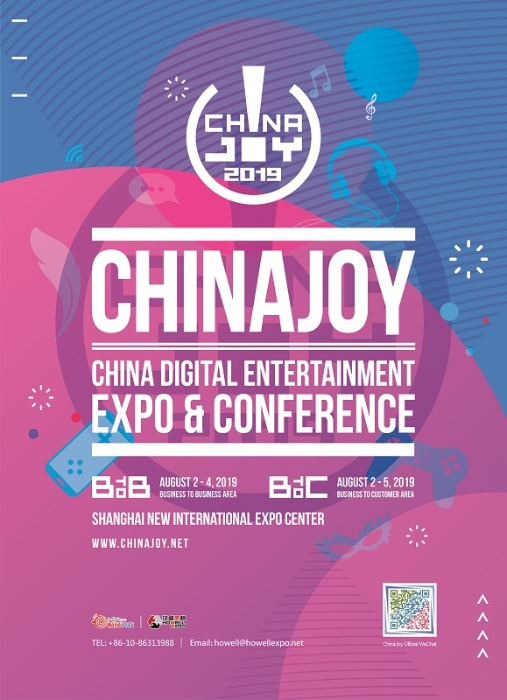 e-Sports and live broadcasting are in the ascendant and have a long way to go.

The rise of industries such as e-Sports and live broadcasting is the result of the derivation of game. They expand the boundaries of the game in business operation and content production, enhance the value of the game, and prove the definite importance of the game industry with vigorous vitality. 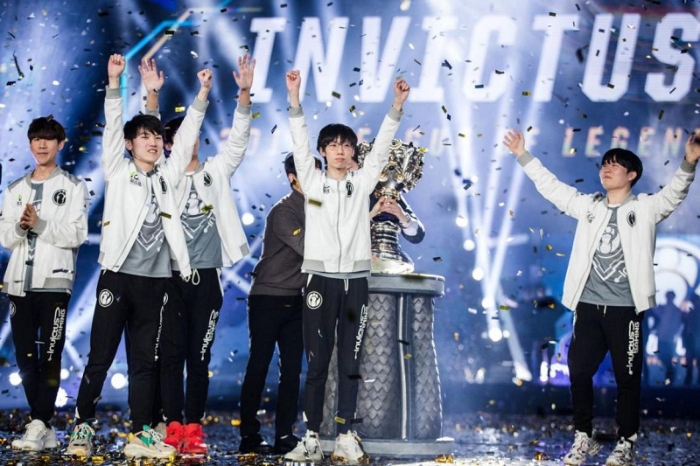 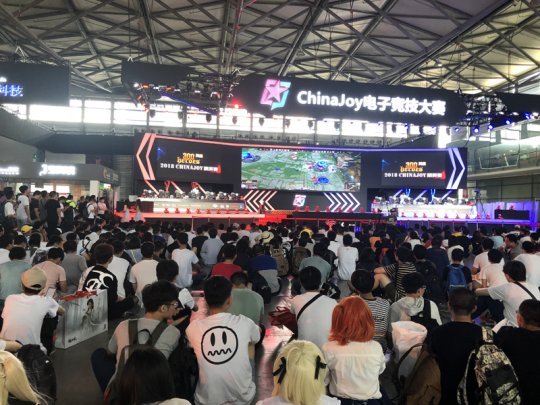 We have witnessed with ChinaJoy the two major emerging industries from the birth of concept to identification of attributes, from the embryonic form of development to the formation of scale, from unfamiliar knowledge to in-depth influence, from niche audience to wide dissemination, along the way. The display of relevant content, starting from scratch, from less to more, not only reflects the growth power of emerging industries, but also reflects the height and depth of ChinaJoy’s understanding in the macro game industry. The healthy and sustainable growth of a new thing is inseparable from its foundation and nutrients. The training of talents, the improvement of facilities and the development of competitions are still worthy of the attention of practitioners and even the whole society. How to develop the e-Sports and live broadcasting industry in depth? How can they promote each other? In the coming ChinaJoy event this year, we can find the answers.

Fashion toy and novel are emerging and vigorous

In a comprehensive expo covering many industries, if there are “new members” to join, they will undoubtedly be the focus of attention. ChinaJoy will add a new theme exhibition area for fashion toy in this year to add some “fashion” to the expo which is at the forefront of popular science and technology—In recent years, the fashion toy expo, which has sprung up in first-tier cities in China, has become an important carrier of the consumption culture of fashion toy, and also an important link between designer studio and fans and audiences. To some extent, fashion toy is a general term of “art toy” and “designer toy”. Because of its unique cultural connotation and a wide range of adult audiences, it is different from ordinary toys for children, and even has some characteristics of luxury. The rapid development of the Internet, especially the mobile Internet revolution in China, has created a new environment for the cultural diffusion and trade value adding of fashion toys. In the past, fashion toy can only be sold in a small number of offline shops with limited customers and influence. Later, new and experienced designers registered their own public accounts on major public social platforms and actively uploaded works to interact with fans. The timely follow-up of ChinaJoy will undoubtedly make it an important channel for display, communication and sales in fashion toy industry. 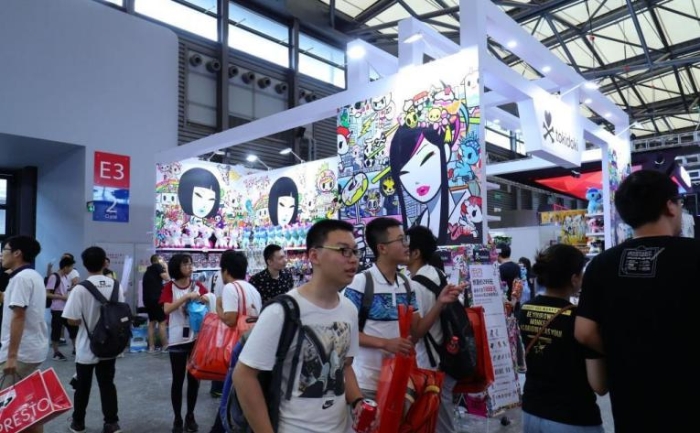 Similar to fashion toy, the ACG novel, which is still a new thing, has been developing rapidly in China. When the general term ACG (Animation, Comic, Game) gradually became ACGN (Animation, Comic, Games, Novel), the literature industry led by ACG novel also took a place in ChinaJoy. In Japan, ACG novel is often the same thing as “light novel”(ライトノベル). Spoken language the users often use is mostly used for writing a light novel, the so-called “easy-to-read novel”, and animation-style pictures are used as illustrations. While the character setting is strengthened, the entertainment experience of young readers during reading is considered. In terms of content, light novel may be called all-inclusive, which covers youth, school, fantasy, love, thriller, detection, history, video games, animation and other fields, and therefore, has a literary style difficult to simply summarize to a single one. Light novel has become an important source of ACG IP in Japan. Many well-known ACG works, such as The Melancholy of Suzumiya Haruhi Series and Sword Art Online Series, originally came from light novel. In China, due to the capital inflow into ACG in recent years, the unformed ACG culture has also been explored, and ACG novel can also be seen from time to time at the exhibition booth of ChinaJoy. By introducing ACG novel, the value of ACG IP can be further enlarged, the user circle of ACG IP can be continuously expanded, and the healthy development of the whole industry can be promoted in a diversified manner.

Fashion toy and ACG novel meet the entertainment needs of play and reading in new forms, and reflect the pioneering of current fashion culture. As a market mainly facing young people, it needs to be developed and expanded. It can be predicted that as ChinaJoy pays more attention to these new industries, they will also receive more and more attention from others.

Deep development of digital entertainment and IP makes us dazzling 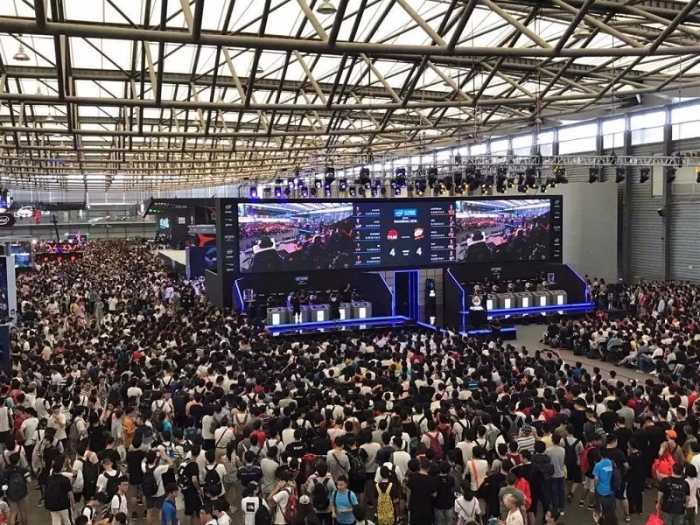 The core of digital entertainment is IP. It can be a story, a role or anything that a large number of users like. It covers film and television, entertainment, comprehensive arts and entertainment, client game, literature and so on. As for the function and significance of IP, on the one hand it can attract users; on the other hand, IP itself represents maturity and success. When ChinaJoy attaches importance to the digital entertainment industry and its IP, changes can be seen from the changes of exhibitors: in the past, they were all game makers; but now, they are from all fields such as animation & comic, broadcast streaming, literature, film and television, big data, marketing…Various types of companies, which seem to be unrelated to each other, are more and more involved because of the connection effect of IP. In the age of “Internet+” and rising of fans economy, the digital entertainment industry no longer develops independently. Instead, it creates a good IP and builds a new entertainment ecosystem through cooperative development. This trend will bring about the vigorous development of the digital entertainment industry, and also put forward higher requirements for the matrix IP operation of large platforms. In ChinaJoy, we can more and more clearly feel that the expo is committed to building a high-end, cutting-edge and comprehensive platform for communication and cooperation in the global digital entertainment industry. Each company and audience can choose the appropriate exhibition hall according to their own needs, and each sub-area presents a trend of high-quality and diversified products. Of course, it is always the objective to create high-quality IP, tell good stories through cooperation and pursue the best experience. With the support of good content, the cooperation between industries around IP will likely burst out tremendous energy - for consumers, no matter how the forms of entertainment and experience change, their demand for content is the same. 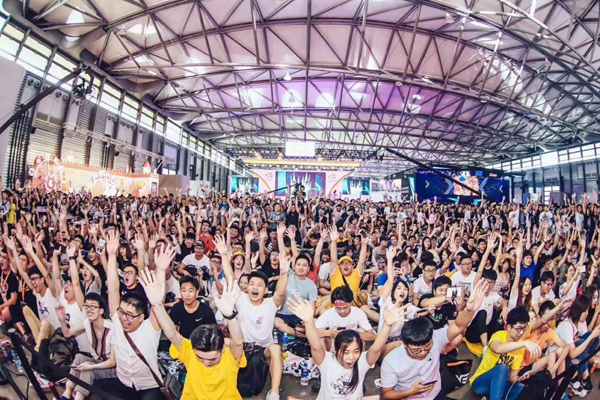 Nowadays, ChinaJoy itself has become a big IP branded in the heart of people. In the eyes of companies, ChinaJoy has successfully driven the value adding of the brand and the promotion of business. Therefore, during the annual ChinaJoy event, many related companies hold their own product launches, wine parties, salons and industry meetings. The reason why people expose in this period is that they value the popularity and influence of ChinaJoy in the industry. Although the opening time of ChinaJoy in this year is still far from now, many companies have already actively issued press releases announcing that they will appear on the stage of ChinaJoy this year and bring surprises to the audience. It is believed that ChinaJoy, as always, will bring joy and touching to the audience and also enable enterprises and companies to have a deeper understanding of the development of digital entertainment industry and the needs of the broad market.