Since 2019, the concept of “5G” has been widely mentioned. As the fifth-generation mobile communication network, it has a theoretical peak transmission speed up to tens of gigabytes per second, which is hundreds of times faster than the transmission speed of the current 4G network. With the generation and development of 5G technology, mass consumers are gradually able to experience and share 3D hits, game play and UHD videos with smart terminals. In the 5G age, digital entertainment will bring a revolutionary effect on mass consumers.

5G will make the terminal unnecessary for games

5G has the characteristics of “high bandwidth” and “low latency”. As a result, an inevitable trend in gaming is that all game-related operations and rendering can be done in the cloud. In the near future, mobile phones, tablets, PCs and consoles will all be simplified to display and interaction terminals in the 5G environment, so that mass consumers will be able to play the PC version of World of Warcraft on their mobile phones, and they can also experience the console version of Call of Duty. From the perspective of the game carrier, the games in the future will run without a terminal, the terminal will be unnecessary for game content, and cloud games will most likely dominate. In terms of content distribution, the development mode of “exclusive content + third-party content” may be used for cloud game platforms in the future. As the content provider, game developers are expected to become the biggest beneficiaries of cloud game industry in its formation period.

When the commercial use of a scale of 5G is achieved, the bottleneck of bandwidth which restricts on cloud games will no longer exist. With the core competitiveness of cloud games - massive game content and low cost, domestic companies that provide cloud game services and have the ability of game research and development may have competitive edges in the long run. Tencent cloud, for example, has self-built 10,000 Megabyte cloud computer rooms which provide a global coverage equipped with 20-line BGP top-level network, 800+ CDN nodes, high-IO cloud servers, high-available cloud database with 10,000-level IOPS, a total of 16 major data centers on five continents in the world, and 12 overseas data nodes.

5G has a profound effect on VR/AR games

In addition to the traditional game industry, VR/AR industry also benefits from 5G. VR is considered as the next generation computing platform, and its technology mainly includes simulation environment, perception, natural skills, sensing devices, etc. Compared with mobile game and client game, VR experience fully simulates the environment and has clear advantages in creating “immersion”. In the virtual world, VR breaks the concept of “screen” in traditional games and makes the “inch of land” on the palm infinitely large, so that players feel they are in the game. 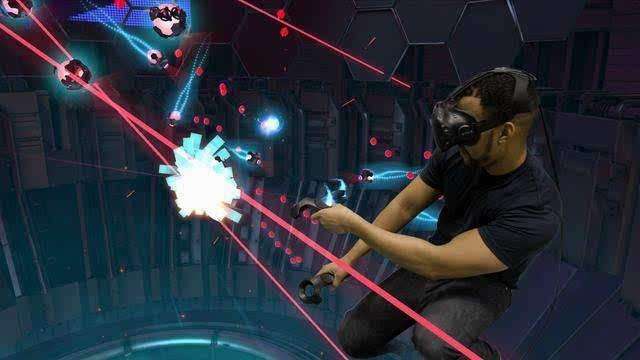 Compared with traditional games, VR/AR content experience has extremely high requirements on transmission and delay of video graphics as well as speech recognition, visual field tracking, gesture sensing and so on, and the performance advantages of 5G over 4G are just conducive to the penetration and popularization of VR/AR in the consumer market. For example, the maximum transmission speed of 5G network is up to 10Gb/s, which is beneficial for the transmission and real-time playback of UHD videos over 8K; cloud computing is useful for the reduction of data transmission and feedback time, while the delay of 5G network is less than 10ms, which helps to reduce the dizziness of users caused by delay when they use VR/AR devices.

In addition, the geographical locating capability of the 5G network will not only improve the accuracy of game locating, but also extend the functions of the game to indoor and crowded urban environments. The locating accuracy in the 4G network fluctuates between 10 meters and 500 meters, while 5G network will provide the locating function with precision of 1 meter in most devices. AR mobile games’ experience will be more seamless and convenient.

In terms of game performance, high resolution and high refresh rate will be provided by the game graphics rendered by cloud and edge computing is done. In combination with cloud games, VR enables users to gain the game experience just like on PC VR with an All-in-one VR machine through streaming game graphics run in the cloud by the 5G network, which will bring a revolutionary effect on current VR head-mounted displays which depends on its own hardware parameters. It follows that 5G+VR/AR + cloud + smart head-mounted display hardware are closely related. In the current situation that digital entertainment is not limited to the traditional mobile game or client game, it will definitely push the new digital entertainment products to the forefront of change, which should be recommended and guided actively.

The change of the game market in 5G age

The change of the game in 5G age is the trend of digital entertainment in the future. Internet of Everything is realized in 5G, which makes smart devices interconnected on a large scale. According to the 5G construction schedule disclosed by China Mobile before, a scale of 10,000 stations in the whole network will be achieved by 2020, and the deployment of scale of commercial products can be realized as well. 5G licenses are expected to be issued between the end of 2019 and the beginning of 2020. According to the growth rate of 4G penetration, the penetration rate of 5G in users is expected to reach about 60% by 2022. According to Intel, 50 billion smart devices and 7.7 billion people will be connected by 2020. 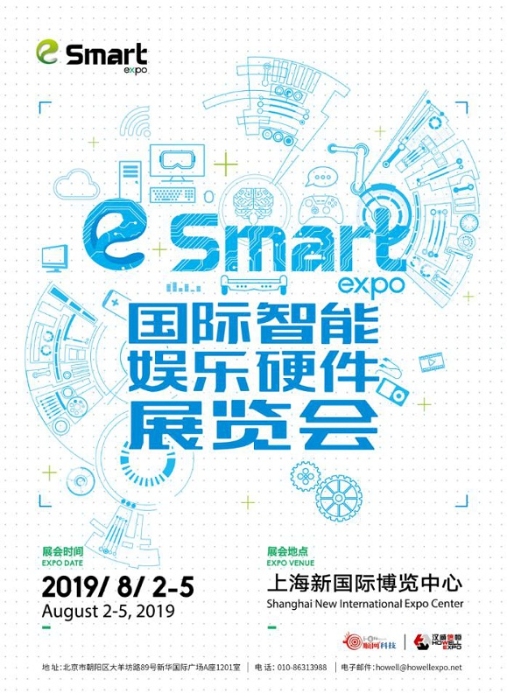 With the support of 5G, a large number of users and things can be interconnected, which brings opportunities to many potential industries. Hopefully, the VR/AR industry will become the first industry to benefit from the implementation of 5G. Consequently, the Global Smart Entertainment Hardware Expo (eSmart), which will be held in Shanghai New International Expo Center from August 2 to 5, will display a lot of smart hardware and show the changes of digital entertainment in the 5G age. Among them, AR head-mounted display, as important smart hardware in the digital entertainment system in the new era, also deserves attention. According to data in 2018 Global Games Market Report, the growth rate of the global game market is 10.3%. At present, the number of active game players in the world is over 2.3 billion. Over the next decade, the number of game players worldwide will increase to between 4 billion and 5 billion. With the increasing number of game users, the game industry can only constantly meet the needs of numerous users and develop in a diversified manner in order to have more opportunities.