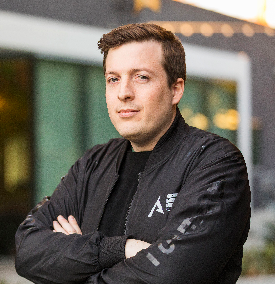 Paul Chamberlain is the Anti-cheat lead for Riot Game’s latest competitive tactical shooter, VALORANT, spearheading the efforts against in-game cheating. Joining Riot Games in 2013, Paul spent his first years at Riot working on the information security team, where he shipped Riot’s first anti-cheat system: the League of Legends Client Security. In early 2015, Paul joined the then nascent VALORANT team to develop a security system strategy and eventually an anti-cheat system. In tandem with the development of the game, Paul built the proprietary anti-cheat system now known as Vanguard.

Abstract: VALORANT by Riot Games, which released in June 2020, is a brand new 5v5 first-person tactical shooter. VALORANT Beta hit 1.7 million concurrent viewers on Twitch, becoming one of the most popular games viewed on the site before it was technically even been released. When VALORANT officially launches, it rapidly gained massive attention and interest from global core FPS players. Riot Games aims to develop a game that satisfies the core needs of all the FPS players and preserve the fairness of the game. To achieve this goal, we will continuously work and improve on our design, product, techniques and network frameworks to insure competitive integrity of this game.

Now the development team of VALORANT will share the story behind the scene.