The investment promotion for the 2021 CAWAE has officially kicked off!

As a key component of the ChinaJoy brand, the 8th Comic & Animation World Amazing Expo (CAWAE) will be carried out concurrently as the 19th ChinaJoy, on July 30th - August 2nd, 2021, at the Shanghai New International Expo Center. Today, we are officially starting the promotion campaign for the 2021 exhibition. We welcome companies and businesses to come to the event and discuss cooperation. 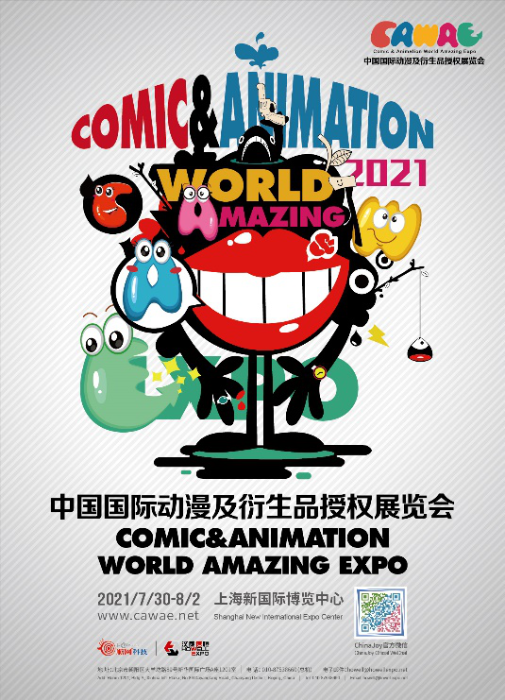 In recent years, the ACG wave has swept across the country and the scale of users has increased sharply. According to the latest "Research Report on China's Animation Industry in 2020" released by iResearch, thanks to the emergence of high-quality animation & comic works at home and abroad, we see the number of the anime & comic users has entered a period of steady growth and it is expected it could exceed the 400 million mark in 2020. The huge user base and easiness of profiting also attract overseas high-quality IPs. More and more internationally-renowned comic/animation companies and their authorized agencies are paying close attention to China's fast-growing consumer market. The CAWAE, as a professional exhibition of the industry's well-known comic/animations and derivatives held in the same period as ChinaJoy, has already become the top choice for more and more brand operators of the world. Of the hundreds of thousands of viewers in the ChinaJoy, most are also the target audience of comic/animation companies. This kept heating up the popularity of domestic well-known comic/animation brands. 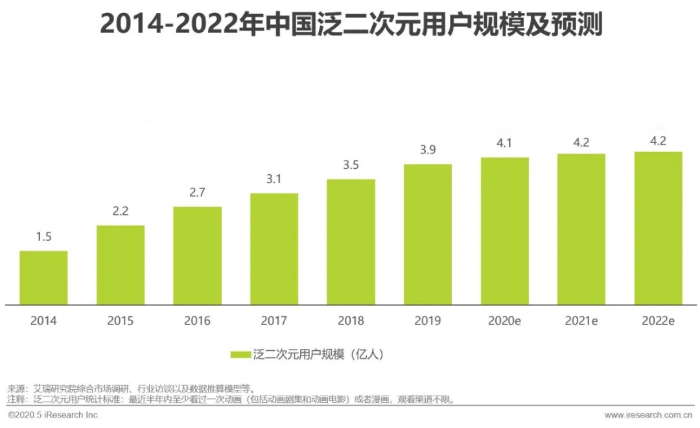 Note: Pan-anime & comic user definition: those who had at least made one watch of animation (including an animated series and an animated film) or comics in the last six months, irrespective their viewing channels.

In the favorable period for industrial development, the CAWAE which reaped praise and encouragement from massive enterprises will also enter its eight years old birthday. In recent years, the CAWAE has witnessed the vigorous growth of China's comic/animation and creative industry, and by bringing together terrific resources of the industry and by building a populous platform, it provides terrific publicity resources for comic/animation and derivative companies. Nowadays, animation companies, comic companies, film companies, individual animation creators, derivatives companies, vendors, issuers, distributors, toy companies, product agents, investment institutions and other kinds of companies can all find their target audiences and display platform at the CAWAE. The exhibition 2021 will cover a wide range of exhibits such as comics, animation, derivative/peripheral, garage kits/model toys, and ACG culture related costumes. In 2021, it will be sure to produce more diversified cooperation models and business opportunities. The exhibition area of the CAWAE 2021 will be further improved, and it is expected to exceed 15,000 square meters that will bring more exhibits to hundreds of thousands of audience onsite.

The Comic & Animation World Amazing Expo (CAWAE) 2021 will show its functions of brand display, IP licensing, and display and sales of garage kits, peripheral derivatives, model toys, as well as ChinaJoy Cosplay Carnival National Final Competition - the most influential Cosplay professional event in China - and the "ChinaJoy Awesome Dancer Final Contest" - and many other activities, to make the event a paradise for gamers, comic/animation fans and Cosplay lovers. With the growth and maturity of the ACG Industry, CAWAE has gradually become an annual grand event of the industry. It showcases flourishing of the industry, promotes its sustainability development, and shows off the brand-new appearance of the industry.

■ Male-dominated, accounting for about 55%;

■ Visitors between the ages of 20 and 30 are the main force, accounting for more than 56% of the total.

This exhibition area is the brand display zone for the core industries of ACGN. The on-site activities will include copyright transaction and IP authorization, brand display, product experiencing, autographed copy sale, producer-fans meeting, fans gathering, etc., for products of animations, comics, novels and derivative games produced at home and abroad.

Thisarea is an ideal place for game, comic and animation copyright holders and original derivatives manufacturers to reach out to core users such as gamers and anime fans, and is good channels for sellers and agencies to sell products. What’s more, it is also the official sales platform for game, comic and animation manufacturers in ChinaJoy to market their garage kits, models and toys and peripheral products, and is a best offline marketing scenario for exhibitors in the fields to directly profit from sales and promote their branded products and stores. A number of high-quality copyrighted ACG peripheral derivatives will be displayed and sold to the huge crowd.

The primary will be held in more than 30 cities in the 11 major regions of the country, and the final will be held at the ChinaJoy exhibition. Nearly 5,000 ACG fans will participate in the competition, and more than 100 media will cast the event. Since 2021, the "ChinaJoy Awesome Dancer Contest" has welcomed more formats of dance in addition to the “ACG related dance”, providing a stage and opportunity for more ACG fans who like dancing.

"ChinaJoy Cosplay Carnival" is the top Cosplay event for national game and anime lovers. It has been successfully held for 16 editions since 2004. After having accumulated more than ten years of experiences, it has been expanded from a simple stage display into a comprehensive activity that is composed of a flat, video, offline and national competition and has become a most influential and authoritative Cosplay event in China. In 2019, the primary was held in more than 30 cities, and the playoffs were held in the 11 major regions of the country. It attracted more than 30,000 players to participate. The final will be held in the onsite ChinaJoy. The competition teams that get ascended from all regions will go to Shanghai to participate in the final. The scene gathered the attention of the top clubs and fans throughout the country. The number of viewers on the scene exceeded 300,000, and the online live viewers exceeded one million.

The rise of national comics is a facet of China’s cultural self-confidence, and the national comics have a great time here in the show. In recent years, the rising banner of China’s national animation and comics has been relayed. Creative teams have continuously dug into Chinese themes. They boldly innovated in expressions, and made excellent works time and time again, demonstrating cultural self-confidence. Among the national comics, the Chinese style & fashion is a big category where there are countless related comics and animations. Most of these comics and animations with a lot of Chinese elements have exquisite pictures. At the ChinaJoy, a number of high-quality comic & animation IPs with strong Chinese characteristics based on traditional culture has also been showed.

In recent years, as the national customs has become more and more popular, this trend has also influenced the domestic game market. Every year at the ChinaJoy exhibition site, national customs products are emerging endlessly. It is precisely because of this that, as one of ChinaJoy's important new activities to showcase Chinese traditional culture, the 2nd “Lolita & Han Show" is held so to show the beauty of Chinese traditional clothing and promote the Chinese traditional clothing culture. In addition to the online edition of "Lolita & Han Show Special Award" competition, it also holds the offline exhibition concurrently with the ChinaJoy exhibition; and it also includes a clothing show that mainly displays branded clothing, guest performances, on-site setting, and ancient Chinese etiquette, among others. On the T-stage show of "Lolita & Han Show", various original Han Costume brands will make their debut that would allow the audience to intuitively feel the beauty of traditional Chinese clothing. In addition, the online and offline check-in activities of "Wearing Han Costume to visit CJ" will not only let people experience the charm of Chinese Costume culture, but also establish confidence and recognition of people on national costume culture. 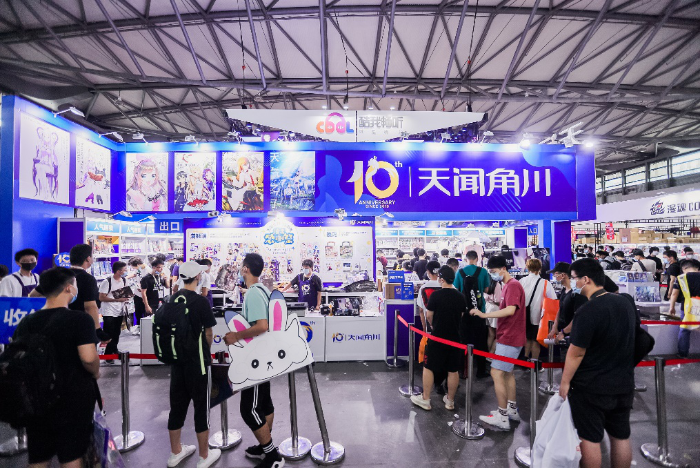 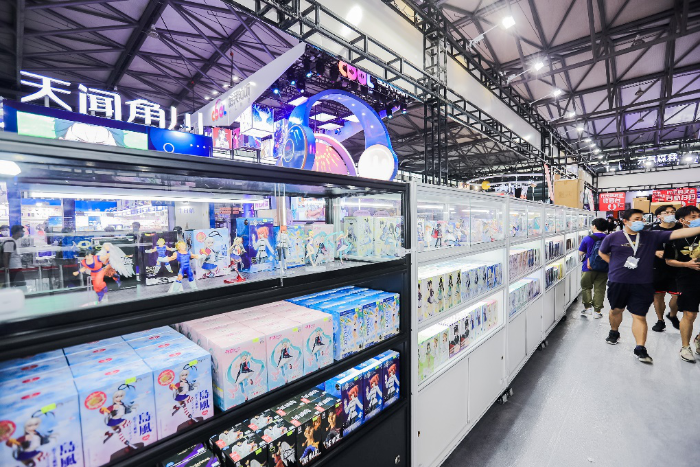 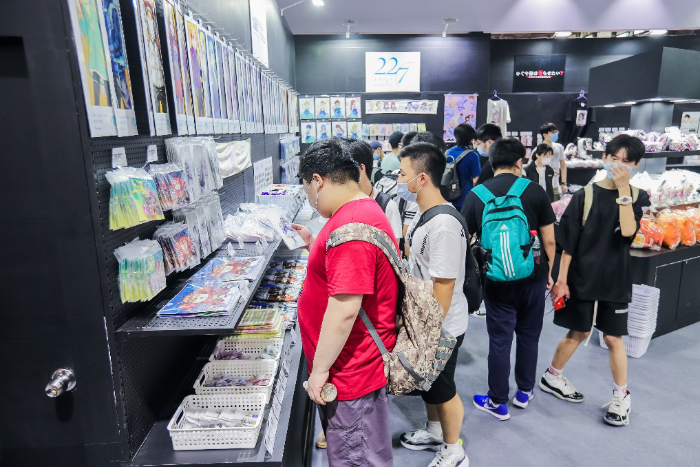 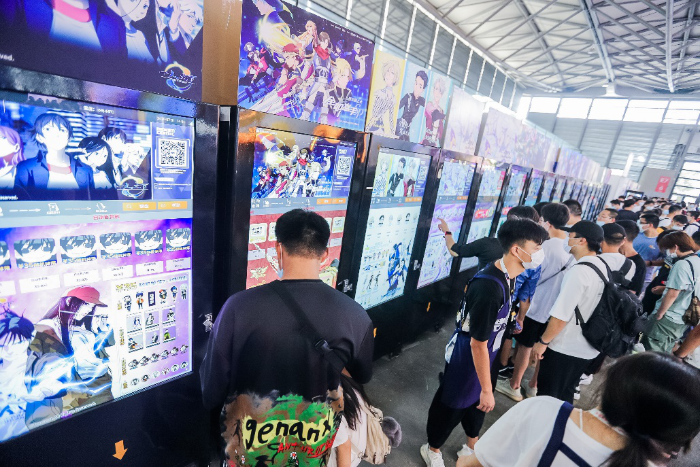 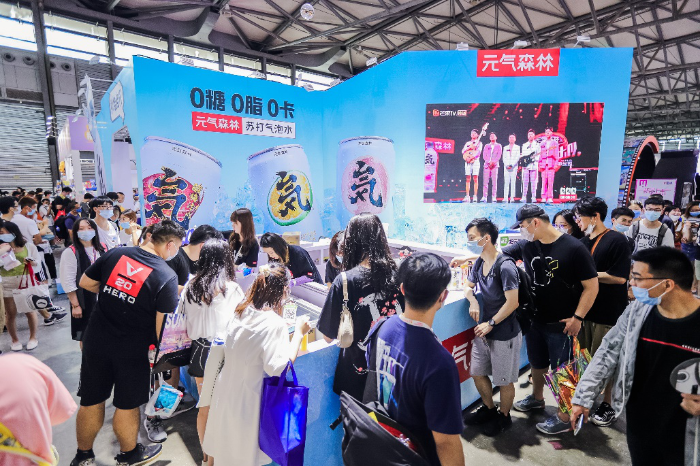 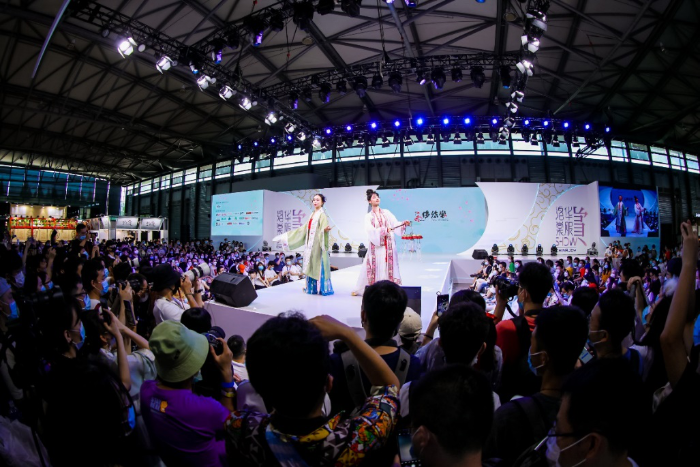 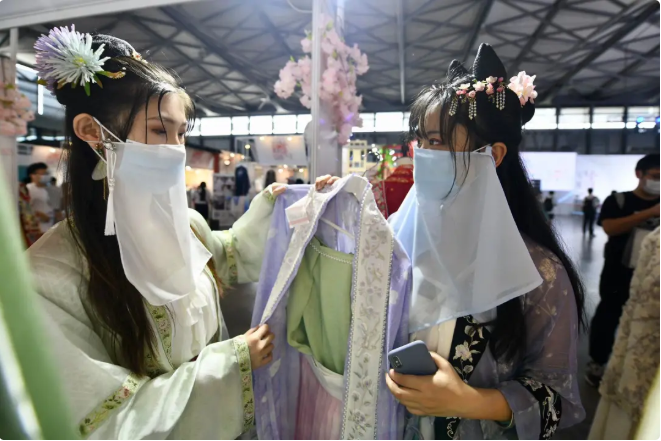 Relevant government authorities and the CAWAE organizing committee have also paid high attention and strong support to the exhibition. Ever since preparations, the previous exhibitions have attracted much attention before their popularity got widespread praises and social responses. We believe that the 2021 CAWAE exhibition will provide a wonderful audio-visual feast for millions of anime & comic fans and practitioners in the industry!

The investment promotion for the 2021 CAWAE exhibition is being fully launched today. We welcome enterprises and companies to contact us to negotiate the terms for the exhibition. On this occasion, we sincerely invite all elites like you to go to the event, share the prosperity, and witness the take-off of China's anime & comic industry!